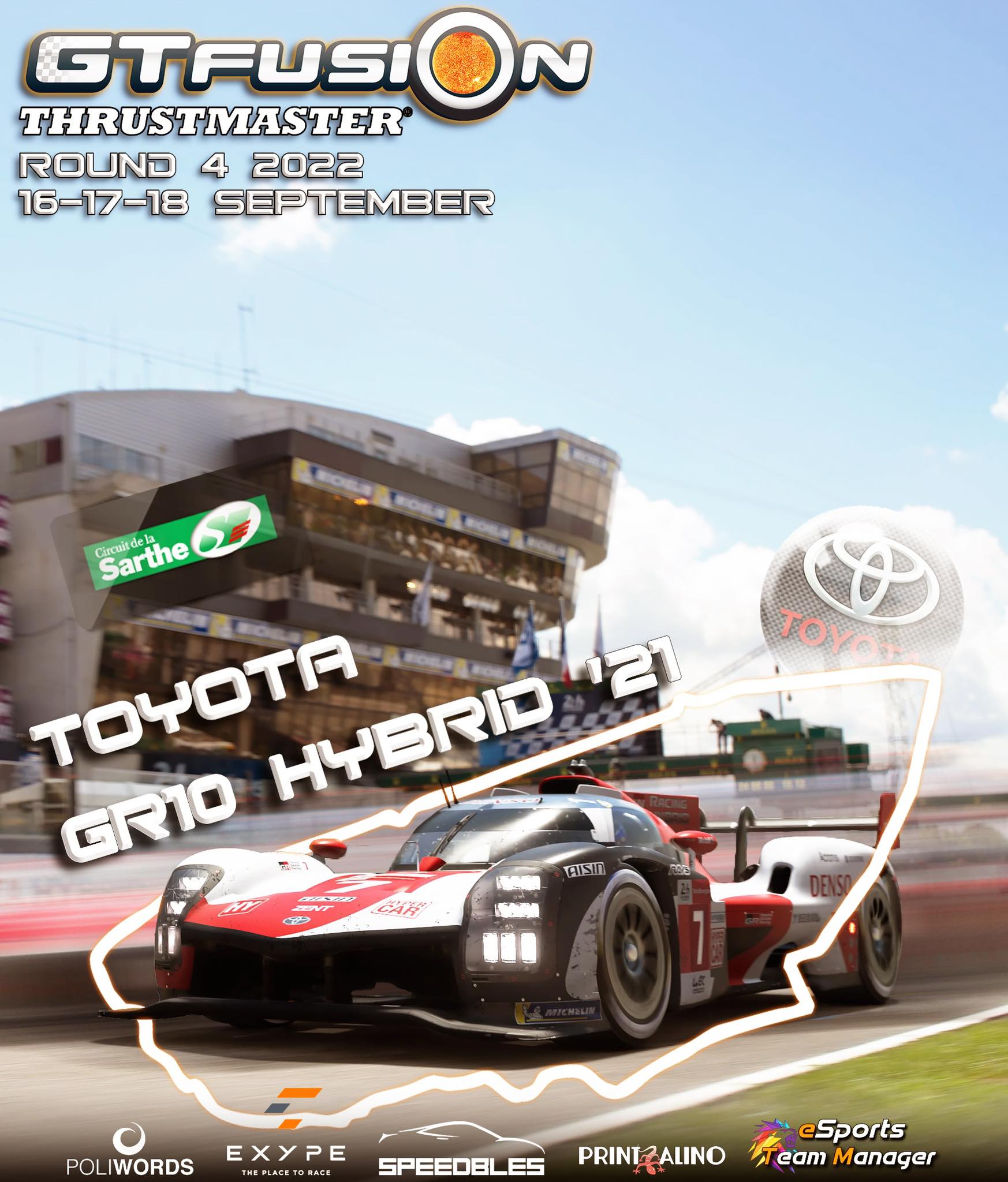 For the return of the GTfusiOn after the summer break, we look back at a long history of never-ending challenges.

Their challenges, in 1985, began with small displacement engines based on production models, 2.1L turbocharged 4 cylinders mounted on a Tom's/Dome aluminium monocoque chassis. Three years later, in 1988, the 88C model produced by TRD appeared on a carbon chassis powered by a 3.2L twin turbo V8.In 1992 Toyota entered the SWC series with the V10 powered TS10. After winning the opening round at Monza, hopes were high for a long-awaited victory at Le Mans. They had to settle for a second place offered by driver Masanori Sekiya. One race after another and still no laurels! In 1995, the year when the cars taking part in the 24 Hours of Le Mans changed from Group C to GT cars, a Toyota Supra GT LM was entered in the race. When a modified 2.1-litre 3S-GT engine was fitted, it had been very difficult to find chassis settings to accommodate the impressive power of the LM-GT1 regulations.

2012 saw the start of the FIA World Endurance Championship (WEC), with the Le Mans 24 Hours becoming a round of the new series. Toyota would participate in this inaugural WEC season with the Toyota TS030 HYBRID, a car combining a TMG-built chassis with a hybrid power unit developed at the Higashi-Fuji Technical Centre. In 2014,

became the first Japanese driver on a Japanese car to take pole position at Le Mans, but at the end of the race still no victory, however there was one big consolation, as Toyota won the drivers' and constructors' world titles in the 2014 series. It would take no less than 20 attempts to finally achieve a first win at the 24 Hours of Le Mans. It was in 2018, in a

, that the No. 8 car finally won with Kazuki Nakajima, Sébastien Buemi and Fernando Alonso on board. At the same time Nakajima became the first Japanese winner of Le Mans in a Japanese car. Buemi and Nakajima won their third consecutive race at Le Mans and brought Toyota the team title for the 2019-2020 WEC season. It's 2021, in qualifying Kamui Kobayashi drove the #7 GR010 HYBRID to the first pole position of the new era of the Hypercar class and the fifth consecutive pole for Toyota at Le Mans. Kamui Kobayashi, was able to run up front until the chequered flag, while holding off Kazuki Nakajima in the #8 car. For Kobayashi, it was his long-awaited first overall victory, and for TGR, it was a great achievement, not only taking his fourth consecutive Le Mans win, but also the first title of the new era of the Hypercar category. Toyota Gazoo Racing's two Hypercars dominated the third act of the 2022 WEC Sébastien Buemi, Rio Hirakawa and Brendon Hartley were the three Toyota 'flyers' who led the Japanese giant to its fifth consecutive 24 Hours of Le Mans victory. A success which has the taste of triumph, because behind them, it finished the "twin" Hypercar GR010 (with the number 7 on the doors) entrusted to Kamui Kobayashi, Mike Conway and José Maria Lopez. They finished on the third step of the podium, at the end of the 90th edition of the Sarthe marathon, which coincided with the third act of the 2022 WEC.