We have been awarded on Themeforest.net. Our themes are always fully tested by users so you can be sure you always purchase fully valuable products. 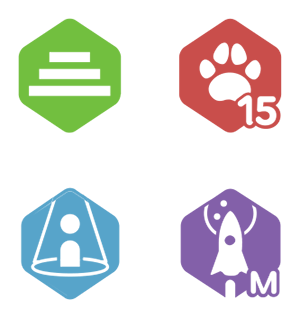 First Logo made by Ano

Inferno of the Team GTracing enters the staff and takes the lead of the organization.

In 2009 there are already several teams of different nationalities: GT5rs, GT-Club, GTplay for France, GTPT for Portugal, BTH for Hungary and PureGT for Northern Europe.

In 2010 still on GT5p without private servers! Mcbly, Gismo and Swe1 (Current Goofy) integrate the staff and help to professionalize the organization.

This period on GT5 prologue will be the foundation of the whole philosophy of the GTfusion and the current regulation. To drive on public servers, without the possibility to set up races, without chat, without qualifications, without wear … would be unimaginable today but was generator of Progress.

Time to connect and launch race at right time

Public event with time to start the race, if you was lucky you found opponent

The rules of keeping the 3 best results on 4 races and minimum 4 pilots on arrival come from this time.

With the arrival of Gran Turismo 5 we finally have the opportunity to set up lounges, qualifiers and almost private servers.

8 races are scheduled but only 7 will take place because the servers of Sony will be hacked.

The GTfusion is of interest to more and more Partners. The first will be Dunlop and soon Thrustmaster who just launched his T500rs.

The 2011 season will see the best races summarized and broadcast on Youtube. thanks to the excellent Nanaki.

The GTfusion brand is registered

2012 the year of transition

We are returning to a format of 6 races per year.

Kev21gt5 integrates the staff. Thanks to XVI the GTfusion becomes the first to broadcast “Live” races GT5 on Twitch.

In addition to the championship several special events are organized: Nascar with the 500 miles, 24 hours of the Nurb in GTR, Qualification Karting SWS. IRL events are also organized: Final Sodi World Series Karting with GTfusion drivers, 24H Eupener Karting with a GTfusion team.

For the first time a simracing race is broadcast on French television: Round 4-5-6 of GTfusion.

A Latin American Orange team joins us for the first time under the name of Evolution Latina and will become ORMA.

There will be 12 groups in the first race! The GTNF team with the multi-world champion Ti-Tech85 joins us.

This team will win all and every round! never seen !

We will organize for our partners the Thrustmaster Challenge which will also be won by Ti-Tech85.

Drivers for Final of The Thrustmaster Challenge

But for the first time a Chilean will win a Group A race … it will be a signal.

For the first time the league title leaves Europe for South America. A South American team postpones its first title. The ORMA are here!

The non-profit association law 1901 GTfusion is filed and registered.

Tadaoki join us and supports streaming and broadcast management

ORMA Team and ORMA_Perro from Chile won the Championship 2015

In 2016 the GTfusion staff intensifies its demonstration activities in IRL with the Gamer Assembly, Drivers Arena, Cap Arena ….

Benny joins the staff and will be in charge of the development of the races regulations.

The TRL Team will even be the appearance with led by his multi World record men Immortal.

In the Championship a Chilean replaces another, the student exceeds the master .

ORMA_Snow Nicolas Rubilar is the Champion 2016 and ORMA team confirms his domination.

The presence of Hispanic teams intensifies with GTH, LSR and TSA

The last round will be held in parallel on GT6 and GT Sport.

Safety Car Made by Léo Corio for Final 2017

With the arrival of GT Sport, new teams arrive. Former pilots come back, the teams are getting stronger.

New staff take the lead with Benny as president and Goyo vice president. The video and multimedia are gaining momentum all led perfectly by Tadaoki.

In terms of organization, the departure of the old staff and the arrival of the new was not easy. On the sporting side, however, it was extraordinary: 407 classified drivers, 34 nationalities, 26 teams!

The year 2019 will be the consolidation on GTSport. The staff is reorganized with the arrival of Wilzone as head of poster creation and the arrival first as pilot of El-Loco, then as broacaster and finally as head of broadcasts.

In terms of sports The Virtual Drivers by TX3 come back strong and the fight is raging with the TWR until the last round.

Sskila wins the title 6 years after his last victory. He becomes the first driver in the history of GTfusiOn to win the championship 3 times

Following remarks the pilot classification changes for the first time. The coefficient will no longer be applied but a point difficulty bonus will be applied in point.

The staff is organized and professionalized with the arrival of Adam (THG_TS040), Piotr (KRT_pioSko) and Carlo (scuzinio)

The confinement ensures that the simracing develops more and more… 547 drivers will have participated in the GTfusiOn! a feat! a record!

The year will be marked by a lot of change

Following the impulse of Carlo (scuzinio) and Piotr (KRT_pioSko), the Italians and Poles come many.

In the championship 3 new subcategories are created: PRO, AM and finally the Ladies’ CUP

The GTBE has been present for 9 years, dividing its team into two parts and creating the WSR. This will finally allow him to win the title in PRO and AM ! Constence, consistency and persistence always pay!

Only she becomes first champion of Ladies’ Cup and what will allow her to become official driver Thrustmater as part of the Rockets team.

WSR are Champion, GTBE Champion AM, Only Champion Ladies’ Cup and for 1st time an Italian driver won the title pilot :  ExP_IlConteSky

For the 14th season the GTfusiOn continues.

The rules remains unchanged compared to 2021 as it is a year of transition on GT7.

The staff grew and Carlo ( scuzinio ) became vice-president and and Szabi comes in reinforcement as representative of the drivers and has created a discord server to improve the communication.

GTfusion Be continues ………. It’s up to you to write the rest of the story!